"My writings were meant to serve a purpose.The purpose was to bring out the humanism in human beings and to curtail their beastly instincts."

"I do not write to enrich my literature. Literature for me is my sincere and earnest attempt to examine the complicated issues in life." 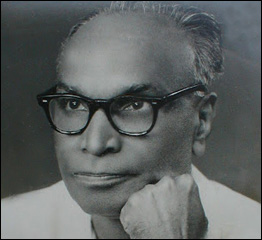 P. Kesavadev born in 1904, is the best known literary figure in Malayalam. He created a milestone in the history of Malayalam literature, where the peasants, beggars, farmers, prostitutes etc became heroes and heroines. His childhood and youth were punctuated by the changes that occurred around him and his speeches and writings reflected his earnest anguish against social injustice and communal discrimination. He lived approximately 80 years of which half were pre independent and latter post independent period in the Indian history.

Kesavadev's childhood was a time when casteism was practiced rigorously. Distraught at the customs and taboos, young Kesavan abandoned studies and left home when he was barely 14. He didn't study beyond middle school. But he could read whatever he could gather and that instilled in him a tendency to revolt against oppression, the less privileged class where subjected to. Though born in a feudal family, Kesava Pillai joined Aryasamaj and changed his name to Kesavadev, so that his name has became unindicative of his superior caste. He is better known as an excellent orator, than a writer, and his speeches were so rich and unique in its content and presentations. He was imprisoned several times. From the knowledge he gathered through bitter life events and extensive traveling, he became a prolific writer. Dev got very little time to write but whatever he has written, has added to the depth and variety of Malayalam literature and Culture. Dev was a rebel in his life fighting against social injustice and caste inequalities and in literature against established customs and conventions. 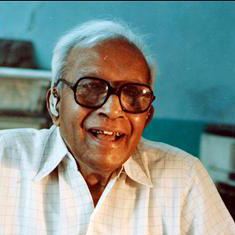 Kesavadev was then a spokesman and a promoter of Socialism. One of the pamphlets written by him carried the name " Fire and Spark". It introduced the Russian Revolution to the leftist lenient....
Kesavadev used to proudly boast that he was the one who taught Socialism to people around here-E.M.S, A K Gopalan, P Krishna Pillai; truthfully so; because we did not know all those.
"I remember, for the first time in 1934, Congress Socialist Party organized a meeting. I think, a Manifesto and Constitution were required and P. Krishna Pillai got it written by Kesava Dev.
The role played by Kesavadev was that of an excellent comrade, while he opposed us and stood by us and he was a worthy opponent too. We can only bow in respectful regards in his memory for being a role model for half a century. 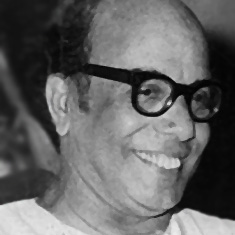 If I tell you about a wrestler, you may be wonderstruck, if you hear about a writer, you may cheerfully enjoy. But what would be your feelings if I talk about a wrestler who is a writer?
That is the feeling you get when you interact with Kesavadev. He won't utter a word or move a finger and won't there be a twitch on his face without a revolutionary spirit.
The driving force behind Dev was his love for humanity. This scoundrel of writer has a heart that melts in the pain of others. His were thee eyes that saw human life in the gutter. Their misery was his concern. Only the misery of humanity attracted his creativity. 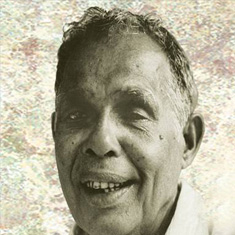 It was in 1958 or '59 that The Soviet Writers Union invited me to their conference as a guest. The Pasternak issue has loomed large at that time. Based on that Dev wrote an article in Kaumudi that I must not go to Soviet Union. But when I returned after my visit to Soviet Union Dev did not have any grudge against me. After a few years Dev himself accepted the Soviet Land Nehru Award. Certain things are mysterious about him. He had scant regard for Awards, but did not refrain from accepting them. 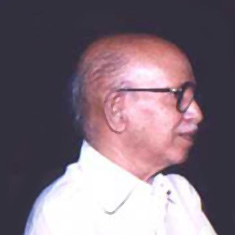 In my opinion, Dev-the real Kesavadev is a lover of human beings, a solitary son of nature. Distinguished individuals have distinct duties to perform. What were Dev's duties? Manifold - that of an Avadhootha, a pathfinder, a guide, a forerunner,.....

Playback to the past 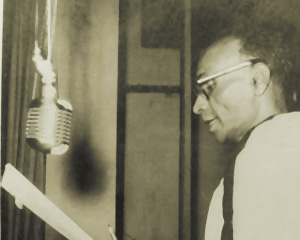 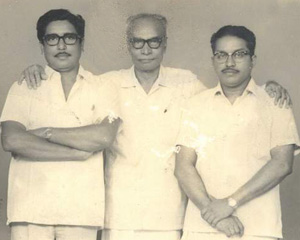 P.Kesavdev trust was formed in the year 2001 in memory of late P.Kesavadev, the world renowned novelist, short story writer, social reformer, freedom fighter and eloquent orator whose name and works are closely linked to the history of evolution of modern Kerala.

This is a charity organisation actively involved in literary activities, promoting and preserving health & social and mental well-being of the economically backward population in the state of Kerala and elsewhere.

The major annual literary event organized by.P.Kesavdev Trust since 2005 is the P.Kesavdev Awards.